The Price of a M.R.S Degree

August 04, 2015
A M.R.S. degree is a highly sought after and coveted degree. No matter how many other degrees previously held, whether it be M.Sc, MBA, MA or even PhD, Nigerian society does not give them a great value if the lady does not possess a M.R.S. As a result, over the years, ladies have paid highly to acquire this degree but what price is too much to pay?

A while ago while handling a project, I met a nice and upcoming young man. One day during the Ebola outbreak, I remarked that a lot of businesses, especially eateries, were hit hard by the outbreak. He replied that his money would not be missed as he never eats out.
“Never?” I asked, “Well, that will change soon" I said with a smile since I knew he was engaged.
“No, it won’t ma", he replied emphatically. “My fiancee knows I don’t like eateries; I prefer to stay indoors and we cook”.,
"So, you don’t like Restaurants and Hotels too?" I asked “How can you court a woman and never take her out? Haba, you need to wine and dine her o”
“I have taken her out but never to eat and she is very Ok with it”, he insisted.
"Ok o", I said (wetin concern me?), 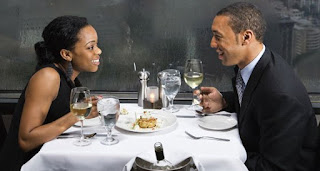 On another occasion I remarked to him on the need for organizations to introduce Flexi time especially to enable women manage work and home better.
He told me stoically “My wife will never work, she will do business”.,
I said "Really?! Is that what she wants?”
“That is what I want!" He answered,o,
“But what of what she wants?” I persisted
“Well, we have discussed it and she is ok with it” he replied.
I informed him of several jobs that can afford a woman time with the family etc, but he just kept shaking his head.

A few weeks later, I ran into him and he informed me of his upcoming wedding. I congratulated him and while inquiring about the date and other arrangements he said he is only doing a Traditional Wedding.
I inquired if it was for financial reasons or the lady was pregnant but he said No to both reasons, and it’s just because he doesn’t really see the need for a white wedding and he will go to church on Sunday for thanksgiving.
I couldn’t reign in my curiosity (as usual!) I told him that it’s the dream of almost every young lady to walk down the aisle in her white dress and asked “Are you telling me she doesn’t mind?”
“Madam, to me Church wedding is just an imported ceremony, the real wedding is the traditional and that’s what am doing” he answered.
“Yes, but you still did not answer my question” I persisted
“Well, we discussed it and I’ve convinced her and she is ok with it”, he answered. 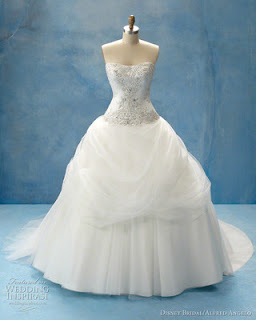 Finally I saw him a few weeks after the wedding and guess what? He wasn’t wearing a wedding band!
I didn’t know you don’t use bands in your church “I said”
“We actually do but in my family we don’t use rings”
(Ok, I have heard a lot of things but definitely not this!!)
“Really? I said, so your new bride isn’t sporting a ring”
No, ma! He said in a voice that begged I drop the subject.
“So, she agreed to this as well?” I probed
“Well, it took me time but I convinced her” he answered.
I decided to let the matter be.

It is very possible that the young lady in question actually shares this man’s views and these things are not a compromise to her. I however believe that a M.R.S should not cost you your dreams, the things you love or enjoy. You will certainly adjust some things to accommodate your spouse just as he also needs to adjust to accommodate you.

Coincidentally later that day I was chatting with an old dear friend and we were discussing the price we paid for our own M.R.S. We not only changed our names, we stopped our good jobs, moved to a different town, left our friends, became lonely and jobless for a while etc.
The desperation for the prestigious M.R.S degree has made a lot of women pay a price they regret right after getting the degree. Living with such compromises can lead to bitterness. 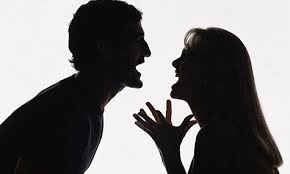 Yes, we all pay something to get the M.R.S. degree but what price shouldn’t one pay? What was the biggest price you paid for your M.R.S? What price won’t you pay or allow your sister/daughter to pay to become a MRS?

Popular posts from this blog

September 25, 2015
As I waited in the departure lounge of a local airport, I noticed there were many children about but it was understandable since it was summer holiday. One other thing I noticed was the way most of the children were dressed. Most of them, especially the girls, were dressed in bum shorts, halter necks, cut off jeans, etc. The clothes in themselves weren't the issue per se; it was the overall look of the children that had me bothered. That was definitely not the first time I noticed it.  A  few m onths before, I had taken my kids to a birthday party and found myself in what could easily have been a night club for kids. Scanty clothing such as tight or very short clothes, bum shorts, long weaves, etc, seemed to be the dress code. I noticed my daughter glancing around her, probably wondering, "What in God's world are these other children wearing?" Or something like that.  Not long after, the kids were called out to dance to the hit songs of the seas
16 comments
Read more

September 17, 2015
Courtship is very important and necessary for any intending couple to observe, if they want to enjoy their marriage. When I listen to some couples share their problems, I sometimes wonder if they really courted.  Courtship enables you to know each other's strengths and weaknesses, likes and dislikes; it enables you affirm your decision to marry the person or confirm your need to run far away from them. However more often than not, couples spend their courtship preparing for the wedding rather than getting to know each other. I recently had a conversation with a young protegee of mine who is preparing for her wedding. While discussing, I asked her fiance's preference on some issues concerning the wedding. She replied, ‘I don’t know ma”. “How come you don’t know? Didn’t you both discuss it?” I asked. “No, we didn’t ma”, she answered. "Well you should have discussed it so both of you are on the same page”, I told her. I asked a few more questions
3 comments
Read more

September 10, 2015
When I go through most of the posts on some women  online  groups i belong to , I can't but ask myself, "what is happening with men? What is happening with husbands?" From telling lies and cheating to physical and emotional abuse, so much is happening. There is a plethora of write up on and for women:   * How to love your husband  * How to seduce your husband * How to keep your man and so on. Women now wake up early to wear makeup, roam the house in bum shots, starve themselves to a size four and perform all manner of gymnastics just to please their husbands; yet, we see more posts of women undergoing problems in their homes, loosing self esteem, suffering and smiling. Kilode?! I dare say, there is a dearth of guidance for men on how to keep a home; a rarity of male role-models, and a lack of programs and conferences for men and their role in building a successful marriage.  Building a successful marriage is not just the responsibility of the women! How can
4 comments
Read more

Get FREE updates on your Email | RSS